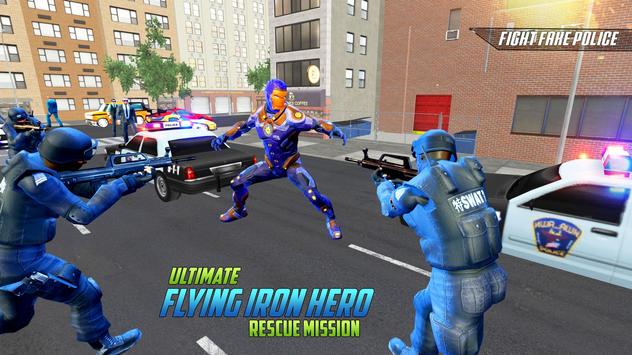 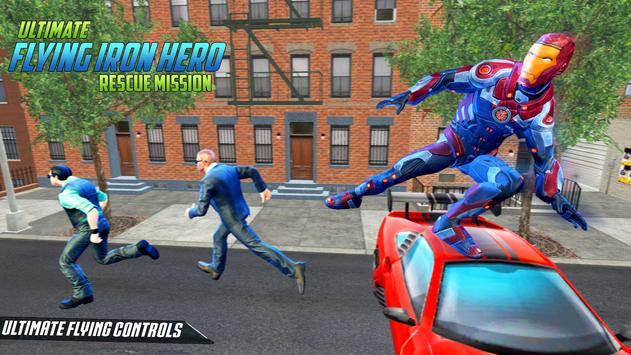 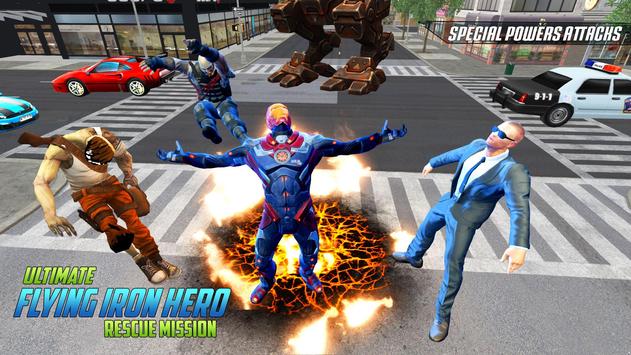 Get ready to play Grand Superhero Iron Flying ungfu Fighting free game to fight in the ring as a super fighter.Incredible superhero and Monster Hero will play face to face in an arena fight. Bat hero legend is very relative to realistic wrestling here Start your kick box and check your skills. Flying Superhero survival fight with Monster in the steel ring is hand to hand fight with each other but in this game you are going to witness punching, kicking, blocking and super kicks to take down opponents by superheroes. Be energetic for City rescue mission with different combat style like ickbox, Sambo, Martial Arts, Muay Thai, BJJ, Ninja fight and many others dodging, rage, cuts, knockouts, technical knockouts. Start a Real street fight, choose and collect different flying superheroes. Choose Flying Grand Superhero Fighter in real Fight Final City Battle. Remember that you will have to save yourself from Mafia gangster attacks. Give a jab punch to Monster criminal with your ultimate power on the face, teach them lesson and make it memorable. Show Flying iron superheroes abilities and win the game in Flying Superhero survival.

Incredible superhero taking revenge from Grand ninja warrior, so high your Ultimate steel ring battle experience in this grand wrestling and make sure your skills are very high with correct timing. Defend the streets and become the Master of Ninja superhero. ungfu ring battle is a game of patience, energy and time to time learning depend on practice because this is totally based on sharp mind and active body only its possible by practice. In the Grand city, there will be consort that has heavy rushy traffic with there bikes, cars, etc here Monster criminals and Mafia. The real fighter also has great skills in the real world, he can also participate in other games like racing it may be car racing, bike racing or cycle racing this is the person that has talent. Finally, after the City rescue mission day, he decided to finish this gangster, criminal life but he needs people help in city rescue superhero mission. This is the challenging game for you because have different difficulties at net levels need expertise.

This is very relevant to real-world steel ring boxing game and has amazing rules of daily life reselling is followed in the Real World Superhero game in fight club. You need to polish your adventure skills for fighting against Monster warrior in Ultimate steel ring battle have super Punch, super kick and fight using all the common daily life skills for getting rid of the enemy. You may have played many ring fighting games but I am sure you will never play this game in your past life and have fantastic enjoyment for you with advanced features of the game. Now its time to get special experience in the world of battle games. Make a Flip ick punch and win the Incredible superhero game with the title of king of Ninja superhero boxing ring battle. If you think you can do it so, Congratulations you have the great ring battle skills and will be called Superhero.