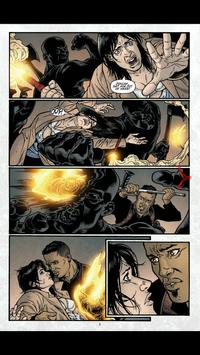 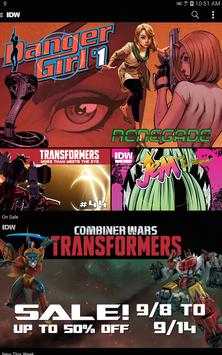 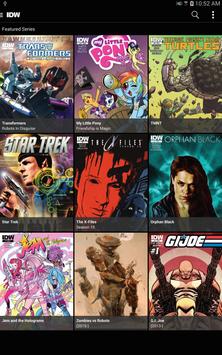 Now featuring more than 3,500 comics with many free books included!

One of the most diverse collections in comics, all in one app. Horror, movies, sci-fi, heroes, villains, action, adventure, classic comics and more. Only from IDW Publishing, a leader in digital comics.

Now includes motion books by Madefire, with animation and sound!

Comic purchases can transfer between this app and the IDW app, as well as the Madefire app.

Comic purchases can transfer between other IDW apps (Transformers, Star Trek, TMNT, My Little Pony) and the IDW app, as well as the Madefire app.

To conclude IDW Comics works on Android operating system and can be easily downloaded using the below download link according to Freeware license. IDW Comics download file is only 6.3 MB  in size.
IDW Comics was filed under the Comics category and was reviewed in softlookup.com and receive 5/5 Score.
IDW Comics has been tested by our team against viruses, spyware, adware, trojan, backdoors and was found to be 100% clean. We will recheck IDW Comics when updated to assure that it remains clean.

Please review IDW Comics application and submit your comments below. We will collect all comments in an effort to determine whether the IDW Comics software is reliable, perform as expected and deliver the promised features and functionalities.