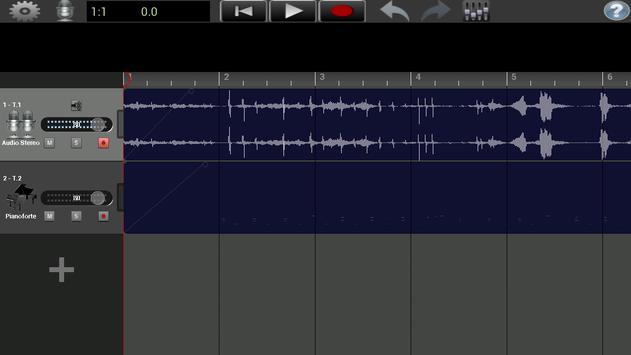 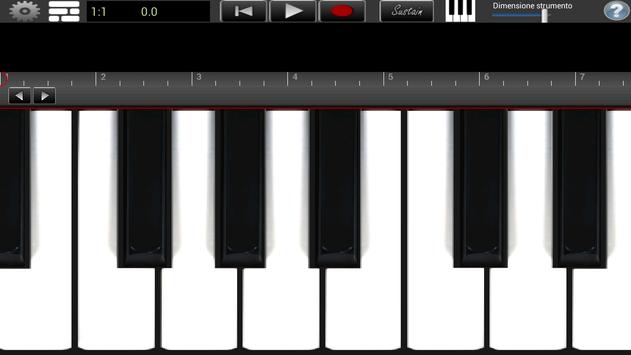 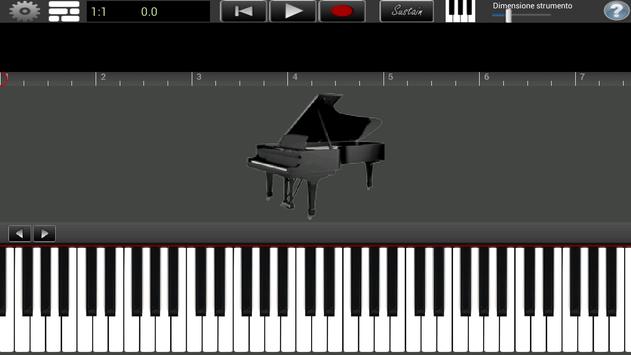 Recording Studio is a multi-touch sequencer for Android devices.

Designed for quick and simple operation, Recording Studio makes recording, editing and mixing a breeze.
Recording Studio is the perfect way to create great sounding music productions.
With this free version you can record up to 2 tracks (24 tracks with the Pro version) by choosing between audio recordings or by using the virtual instrument 'Grand Piano' (in the Pro vesion there are 8 other virtual instruments: drums, classical guitar, rock organ, pipe organ, bass, strings, harpsichord, electric guitar).
The virtual instrument tracks can be recorded using the multitouch keyboards optimized for high performance and responsive touch.
The audio tracks can be recorded using the built-in microphone or by connecting an external microphone.
After recording your tracks, you may want to edit them in the integrated sample editor (copy/paste, split, loop, fader, reverb).
Now you can import mp3 and wav audio files from your hard drive.

Recording studio is constantly being updated and continually improved with new features.
Features


__
- TRY THE NEW VERSION!
If you have a device that meets one of these 2 requirements:

then try Recording Studio Pro Plus: